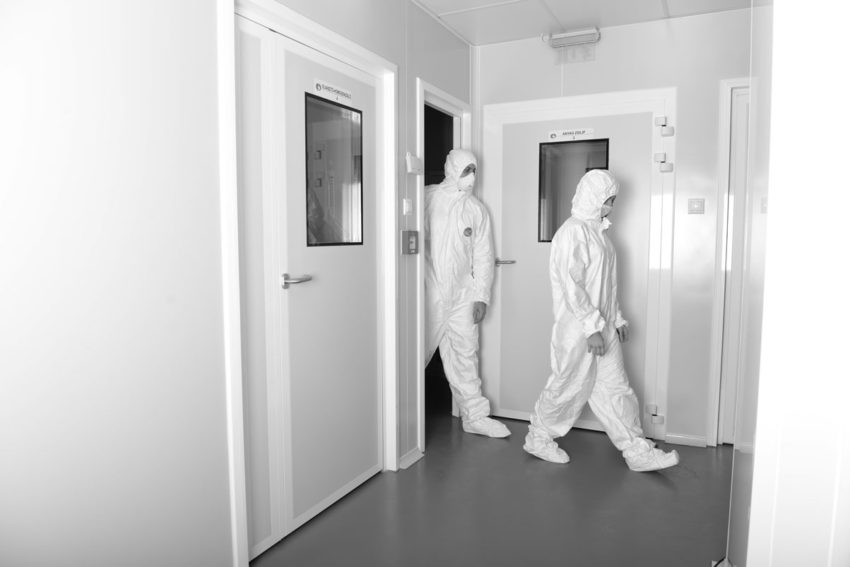 A cleanroom is a plant or laboratory area where airborne particulate matter, microorganisms, gases, or other solids are minimized to ensure a sterile production environment. In addition to purifying the air, modern cleanrooms also keep temperature and humidity within strict limits.

Why is this beneficial?

Products used today are increasingly precise and undergo stringent quality assurance systems. Just think of a phone, how much smarter the device in your hand is today than it was 10 years ago. For production processes that are sensitive to contamination (such as the assembly of a smartphone screen in our example), we need to ensure a sterile environment to minimize manufacturing waste.

Watch the Hűtőépítő Ltd.’s tour of an ISO 7 and ISO 8 cleanroom

What industries are clean rooms used by?

Cleanrooms exist thanks to the pharmaceutical and research sectors. However, due to the industrial revolution of the last decade, cleanrooms have appeared in almost every major sector. Today, production or research and development of automotive components, IT hardware, nanotechnology, optics and many other industries requiring precision would be unimaginable without them.

Perfectly pollution-free air quality is unattainable, which is why ISO classifications have been introduced, with cleanrooms being classified according to the number of particles per cubic meter. If you are interested in more information on cleanroom standards, you should consult Hűtőépítő Ltd.’s profile on the subject.

Of course, we can conclude that one of the most important elements of the system is the air handling unit. The air is extracted through ventilation grilles close to the floor and then returned through the ceiling after being cleaned by HEPA filters.

Curved profiles are placed where the walls meet to prevent dust from settling in sharp corners and to facilitate cleaning.

How do products leave the cleanroom if the door cannot be opened?

Cleanroom doors are a very important part of the overall system. Most goods produced in the cleanroom exit not through doors but through material transfer boxes.

Transfer boxes also have doors on both sides with a latch controlling that only one side is open at a time, thus avoiding the cleanroom coming into contact with the outside world, but more often with a less clean cleanroom.

You can find out more about which cookies we are using or switch them off in settings.

This website uses cookies so that we can provide you with the best user experience possible. Cookie information is stored in your browser and performs functions such as recognising you when you return to our website and helping our team to understand which sections of the website you find most interesting and useful.

Strictly Necessary Cookie should be enabled at all times so that we can save your preferences for cookie settings.

If you disable this cookie, we will not be able to save your preferences. This means that every time you visit this website you will need to enable or disable cookies again.